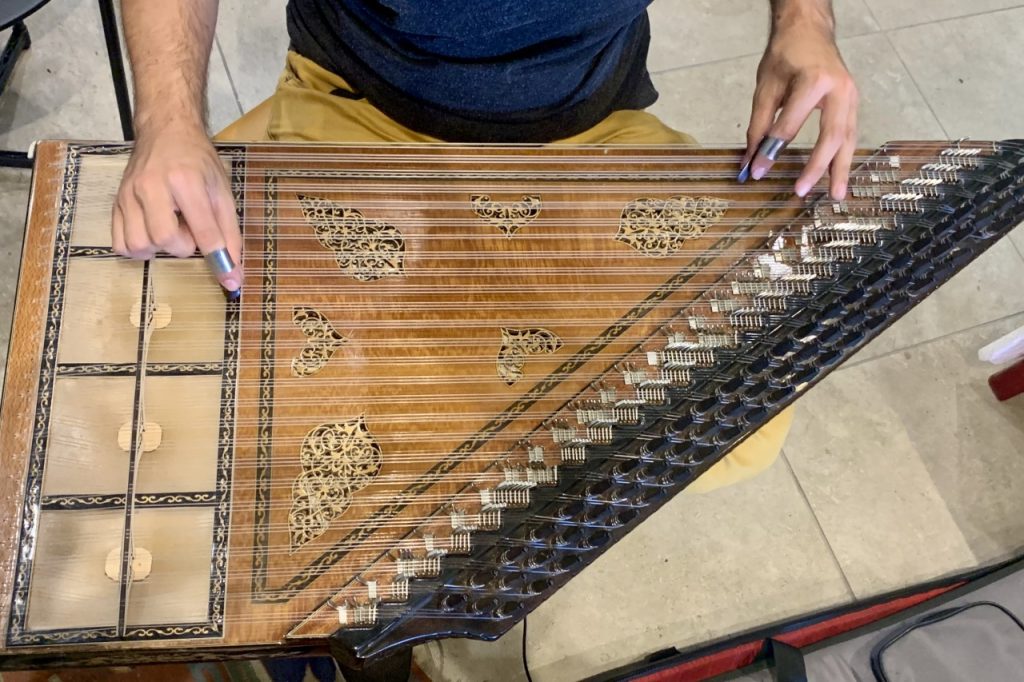 What can we see?

We can see a musical instrument with many strings.

Look closely what do you see?

What do we know?

The Qanun is a stringed instrument that can be played on its own or as part of a bigger band. It is commonly referred to as the harp of the Middle East. Because of its large size, some Qanuns can have up to 72 notes which can be played.

Qanuns are usually made using a mix of wood, animal skins and strings. They are not generally available in Australia so must be imported from the Middle East or Turkey.

What do we wonder?

What do you wonder?